In February 2018 I interviewed Felix Bohatsch and Clemens Scott, the masterminds behind the surprise hit "Old Man's Journey". They are two of the five founders of Broken Rules, an indie developer with several released games. Because of lacking success, the studio ultimately had to decide to either close down, or change the company structure.

They kept their name, but organized themselves as a hub - with each of their owners pursuing their own projects, while maintaining the studio brand and identity. While in pre-hub times Broken Rules developed only original IPs (And Yet It Moves, Chasing Aurora, Secrets of Raetikon), they now mostly did contract work (here's the full list of collaborations - wow). Old Man's Journey was the first original IP that they developed since establishing the hub.

We recorded hours of footage. I decided to edit one video about the development of Old Man's Journey, and plan to release another video about the unlikely story of Broken Rules - this will take some time though =)

I was a game programmer for Rockstar Vienna, from 2000-2006. Broken Rules, the company that now developed Old Man's Journey, started to emerge in the same city - as students first, in 2007. While I was working on AAA titles for Rockstar, they were one of the first indie developers, before that word was known.

Once I studied fine arts, I no longer cared too much about indie gaming, or game development, or games at all anymore - I was happy having left the industry, with a new path and horizon in front of me. One of the professors at the art university was an abstract painter called Erwin Bohatsch - a calm, mellow, supportive person that I liked from afar. It took me years to see that one of the five founders of Broken Rules, Felix Bohatsch, was closely related to the abstract painter: they were father and son.

I first got in touch with him in around 2013/2014, when I was exhibiting video game art in the fine arts context. I'd already finished my studies and was writing my PhD thesis. I exhibited them a few times. In the first meeting we had, Felix told me about their financial struggles, which might result in them closing down their studio. Ultimately, that's not what happened: they released Old Man's Journey in 2017, to amazing financial and critical success. 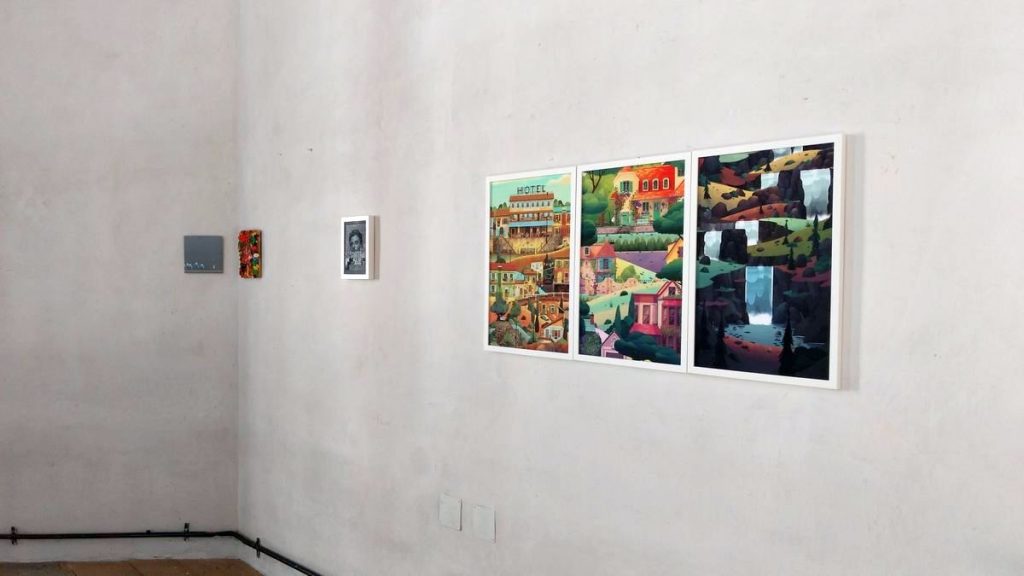