I got to know Valentin's work way before I ever met the man himself. Back in 2004, I wanted to get into the Academy of Fine Arts (in Vienna), and started visiting exhibitions - something I never did before, being a programmer and all. At one point back then, at an exhibition, I was standing in front of an etching of elephant skin. I couldn't believe the details - noone works this way!

In addition, these works were symmetrical - not just in a rough, compositional way; but symmetric up to the last dot and line. Crazy. Who develops this kind of passion - and then also follows through with it? 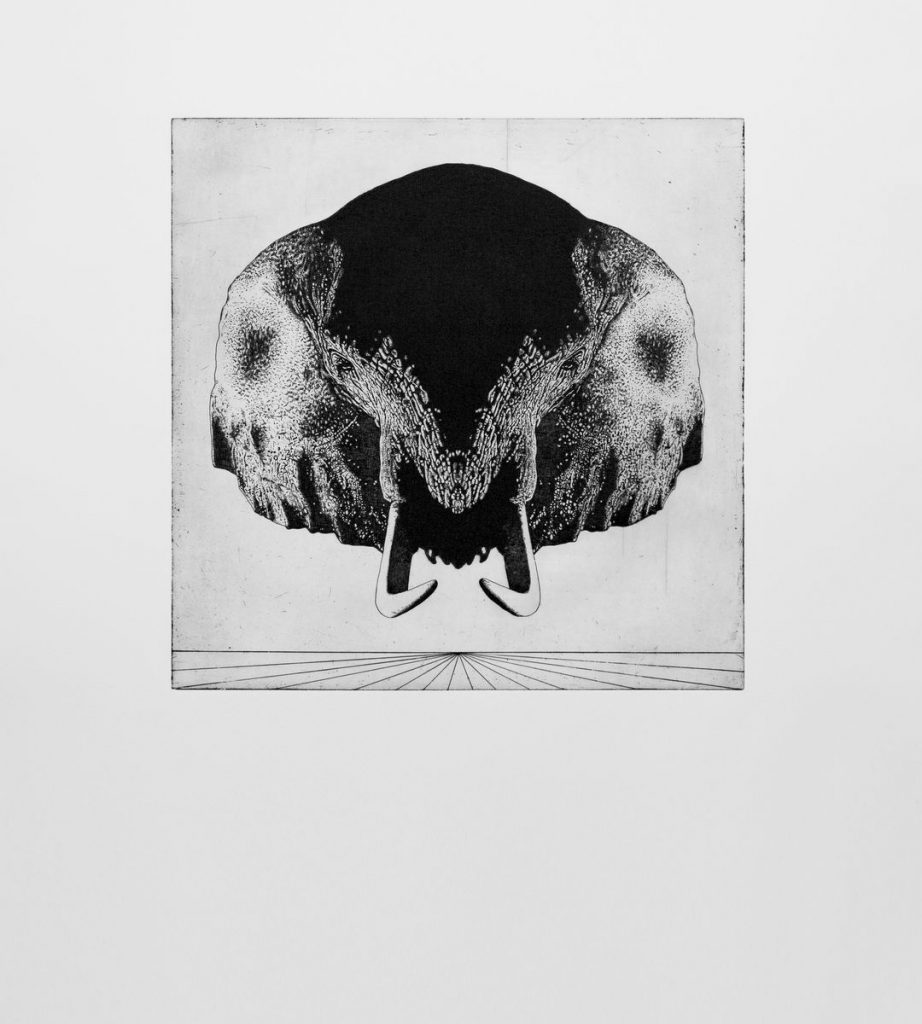 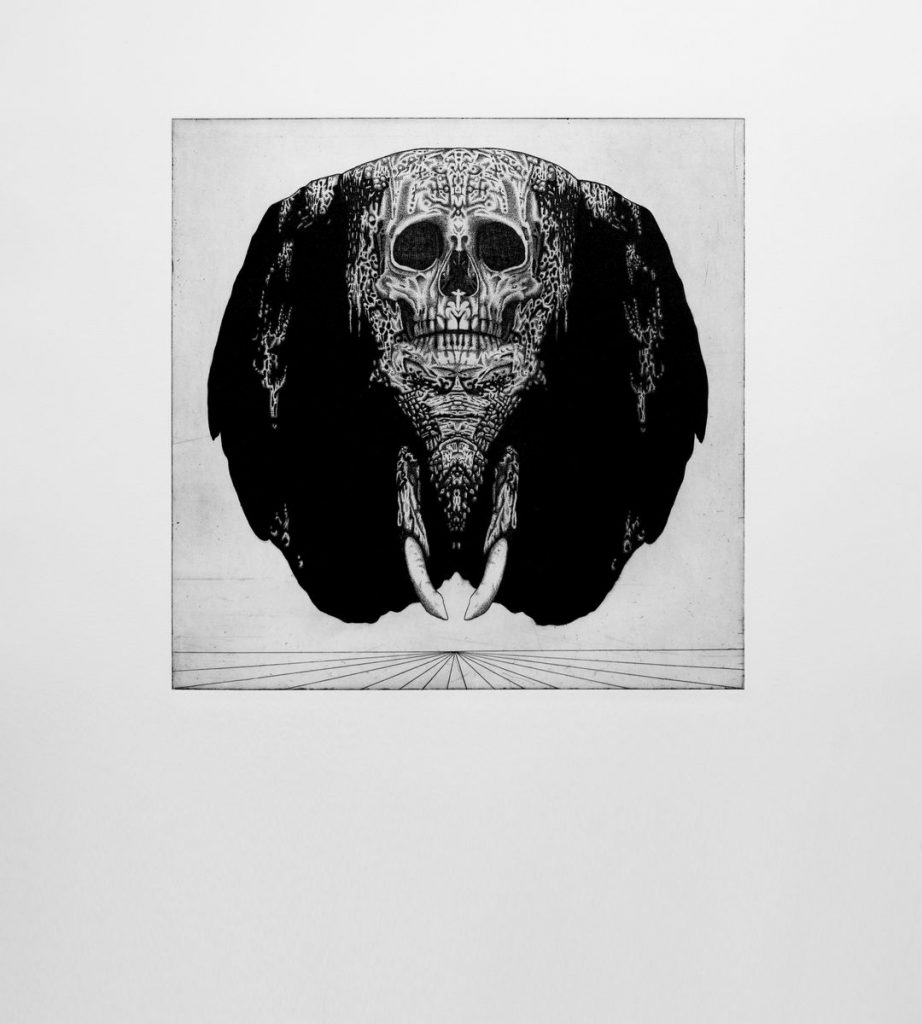 I got to know Valentin Hirsch in 2006, at the Academy of Fine Arts, Vienna - he studied there already for some time, I was just accepted into the program (around 1500 applicants, maybe 80 get in). We both were in the printmaking class of Gunter Damisch, who was known for letting people roam freely through all media - where Valentin was known as very passionate master printmaker, I never got into printing at all: it was drawing and painting for me.

Next to his studies, Valentin worked at the print shop of Kurt Zein back then - the premiere print shop in our tiny country. Knowing Valentin, he probably was doing all the toughest and most challenging work. Definitely from the outside it seemed that this would be his day job forever. 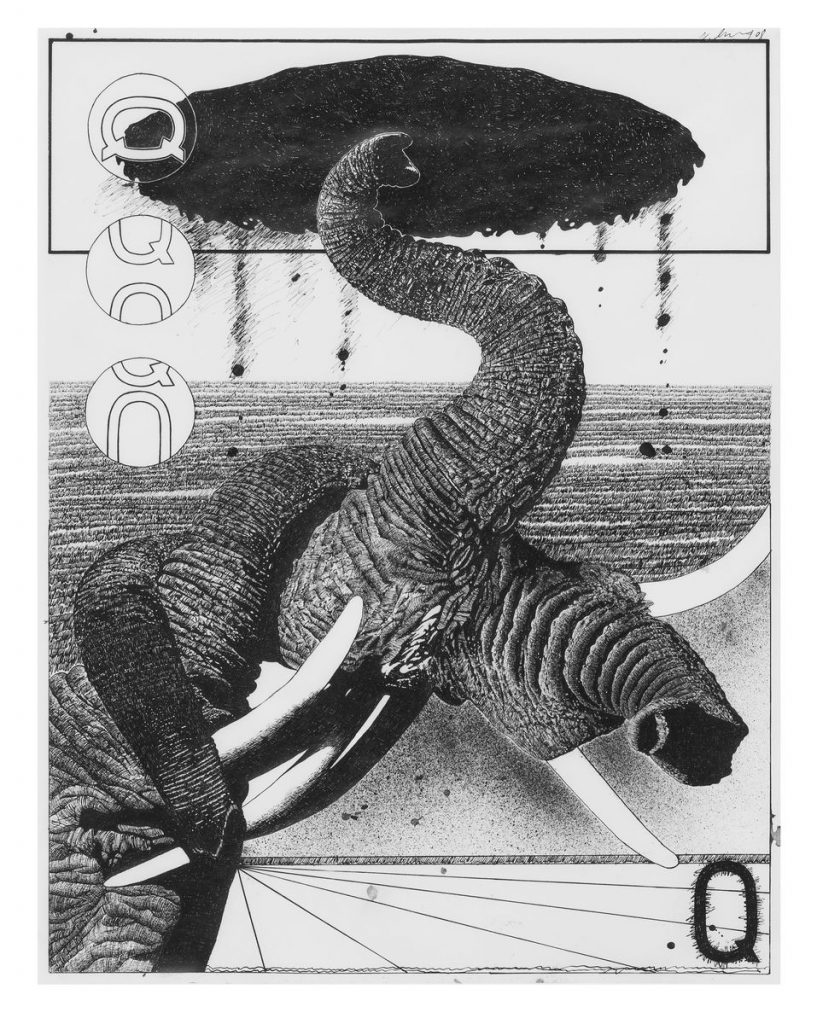 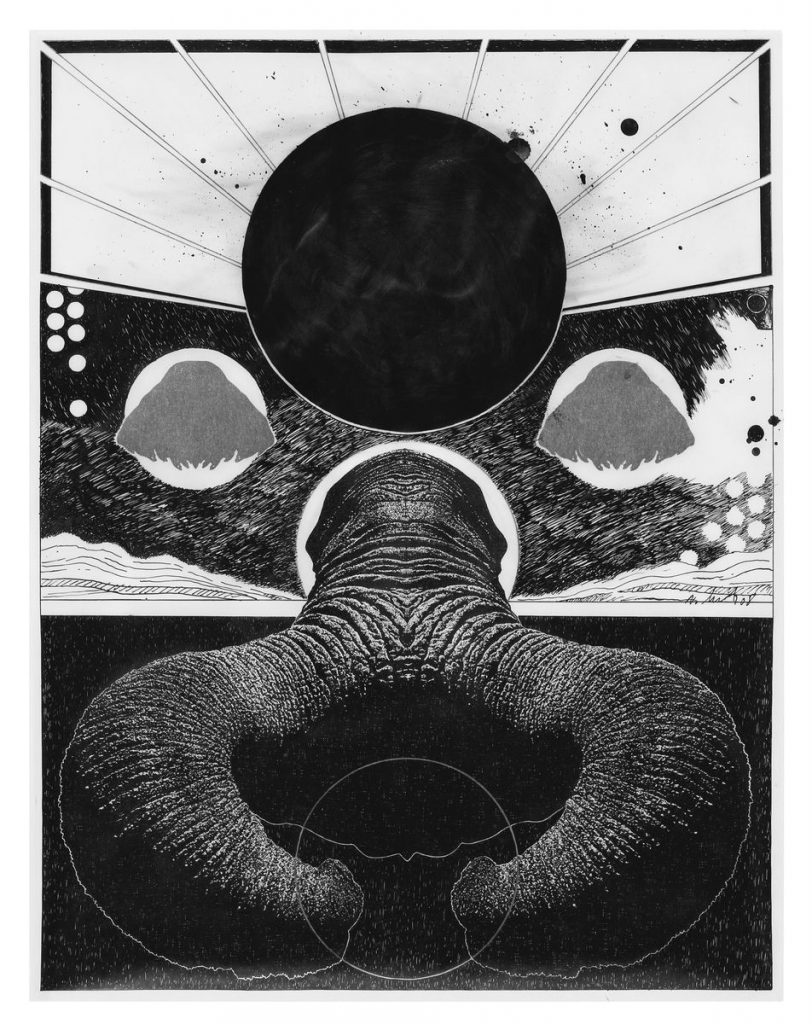 Well - that's not how it went. After his studies and some exhibitions, Valentin left Vienna for Berlin - and I forgot about him. It was only last year that I stumbled about him online, on Instagram (check out the link!) - and saw that he was making tattoos now, having accumulated close to 100k followers there. I reached out to him for an interview, and we met in March 2018 in his Berlin studio.

I was curious: why did he leave the workshop? What changed when switching media (needle on copper vs. needle on skin)? How does self-employment work for him? Did leaving the fine arts industry set him free, in certain ways? 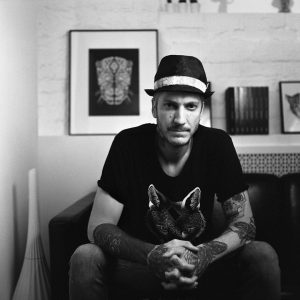 Obviously, it's the video that you want to watch - it aims to answer these questions by portraying Valentin in a somewhat holistic way - his passion, challenges, successes and doubts.

With my editing philosophy being so strict though (you don't hear me talking, so you can't hear the actual questions. you only get to see a fraction of the actual interview - we recorded about 90 minutes, etc), here are further thoughts from my side - key takeaways, if you will.

I was struggling a lot with finding the right music for this portrait. Originally, I intended for it to be voice-only: I wanted Valentin's full intensity. At one point though, when the editing seemed nearly done, Valentin and me agreed that the pacing was off - the video didn't have enough breaks, resulting in a cascading waterfall of thoughts that didn't represent the actual flow as it happened - and didn't let you breathe in-between his topics.

So I tried around a dozen tracks and things, until I gave up and wanted to pause the project. Then I remembered the amazing theclosing, an Austrian act consisting of Daniela Auer and Alexander Hengl - who, no kidding, actually also studied in the class of Gunter Damisch. This is age-old history - I didn't think about it until Alex Hengl mentioned it in one of the emails about this collaboration.

Anyway: theclosing are amazing and kind, enrich the world with beauty - and you should book them now.